Ol’ Savannah in Best of Montreal – The Mirror 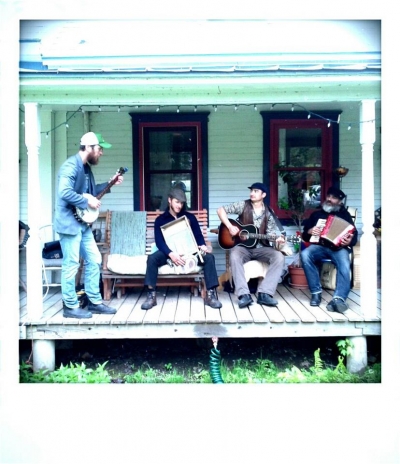 Happy to have been mentioned in the Best of Montreal this year (thanks to everyone who voted for us–both of you); check out all our friends who made the list(s): Lake of Stew, USWM, Scotty Dunbar, The Unsettlers, David Simard, CAB, the list goes on and on. Congrats one and all.

May the Fourth Be With You 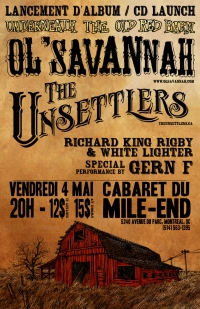 The history of civilization is marked by the struggle of three classes – the hip hoppers, sad clowns, and folk musicians. Antiquity was ruled by the hip hoppers. The epoch of sad clowns lasted until 1912. 2012 marks the end of the Mayan calendar and the beginning of The Era of Ol’ Savannah (TEOS).

The hip hoppers were seduced by the promise of golden calves and pyramids, and the sad clowns choked on seltzer and pie, but Ol’ Savannah has learned the lessons of history. No empty idol, nor cheap gag will distract him from his mission. The Father has sent Ol’ Savannah into the world to spread His message of drinking, smoking, fighting, and strings.